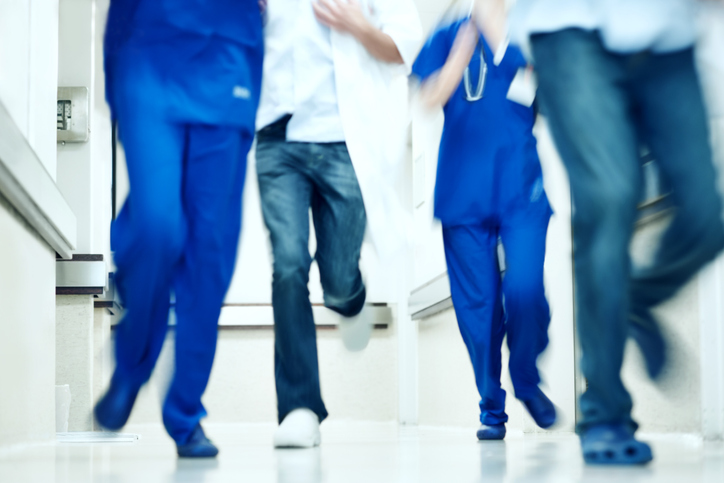 Over the course of the past five years, my colleagues and I have hosted clinical leaders from several U.S. Veterans Affairs’ (VA) hospitals for code team training courses. These courses resulted from earlier efforts to breakdown the key functions of cardiac arrest management into teachable modules for different aspects of code team function such as:

Through our interaction with peers, it was abundantly clear there was huge variation in code team composition – especially between day and night teams. Further, about half of the groups we met with had a wish list of professions they hoped to include on their teams. This led to our interest in conducting a survey among VA hospitals to more formally document the variability in team composition in hospitals and any diurnal variation occurring within hospitals.

Our findings propose that systems such as ours – where the patient composition is largely the same throughout – may learn a great deal about best practices regarding resuscitation by a more comprehensive analysis of all arrests, including patient, hospital and institutional factors such as code team composition, as well as training activities and efforts to identify and stabilize deteriorating patients.

System-wide participation in registries such as the American Heart Association's (AHA) Get with the Guidelines® registry could help collect further in-depth data, as well as the creation of a VA specific registry. Either way, we believe that every cardiac arrest carries important data that should be sought, recorded and analyzed rather than being lost in the cloud of 'business as usual.'

Geoffrey Lighthall, MD, PhD, is a Professor in the Department of Anesthesiology, Pain and Perioperative Medicine at the Palo Alto VA Medical Center and Stanford University School of Medicine in California. His clinical focus areas are in anesthesia, critical care medicine, and cardiac and thoracic anesthesia.