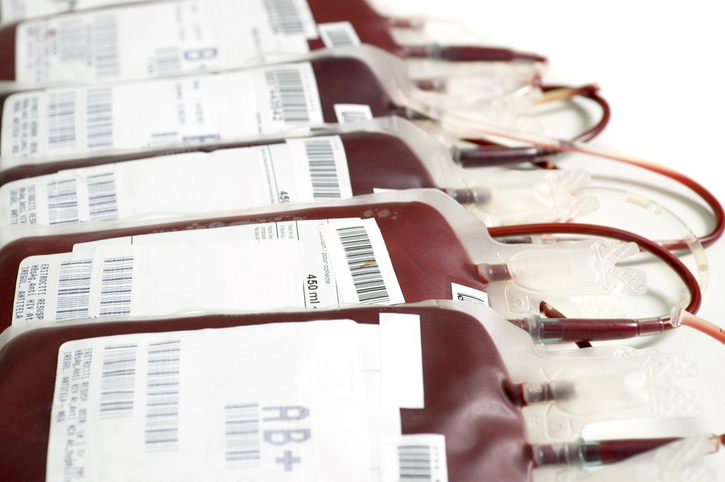 Blood transfusion is the most commonly performed procedure in U.S. hospitals. According to the 2019 National Blood Collection and Utilization Survey Report, approximately 11 million allogeneic red cell units are transfused annually at a cost of more than $2.3 billion.

However, blood transfusion is also one of the most overused procedures, allowing the practice of patient blood management (PBM) to gain popularity in recent years. PBM is an evidence-based, multidisciplinary approach to care for patients who may need a blood transfusion. It encompasses all aspects of the transfusion decision-making process – from the initial patient evaluation through clinical management – by using an interdisciplinary care team approach that includes:

The most important benefit of instituting a PBM program is its role in helping hospitals maintain an adequate blood supply to ensure that blood components are available for all patients when needed.

PBM Certification
To help hospitals embrace blood/blood product “stewardship,” The Joint Commission and the Association for the Advancement of Blood and Biotherapies (AABB) collaborated to develop a joint PBM certification program in 2016 that was based upon AABB’s standards for PBM.

PBM certification is a two-year voluntary recognition that is awarded after successful evaluation of a hospital’s PBM program by a Joint Commission reviewer (and AABB reviewer when applicable). The onsite reviewer(s) evaluate the PBM program’s components, including organization, resources, equipment, supplier and customer issues, process control, documents, records, facilities, safety and more. Attaining PBM certification demonstrates the depth of a hospital’s commitment to safe transfusion practices.

We included actual examples from hospitals that have successfully implemented PBM programs and acquired PBM certification.  One hospital system was able to incur a cost savings of $124,857 compared to the prior year. Its incidence of single-unit transfusion of red blood cells (RBC) also saw improvement from 62% in 2019 to 72% in 2021, surpassing the target goal of 60%. Prior to its PBM program, patients most often received two units of RBCs automatically.  Additionally, the rate at which patients in this hospital were transfused decreased from nearly 53% in 2014 to 32% in 2020.

The findings support that those hospitals with established PBM programs and PBM certification have seen significant reductions in inappropriate transfusions and realized considerable cost savings.

As the most commonly performed procedure, it is important that hospitals have an effective PBM program in place. Through our PBM certification, the AABB and The Joint Commission promote patient safety and quality and can assist your hospital to realize the maximum benefits of establishing a comprehensive PBM program. It is critical that blood and blood products are used appropriately and that patients receive life-saving transfusions as efficiently and safely as possible.