What’s in a Name? Names and Roles on Surgical Caps 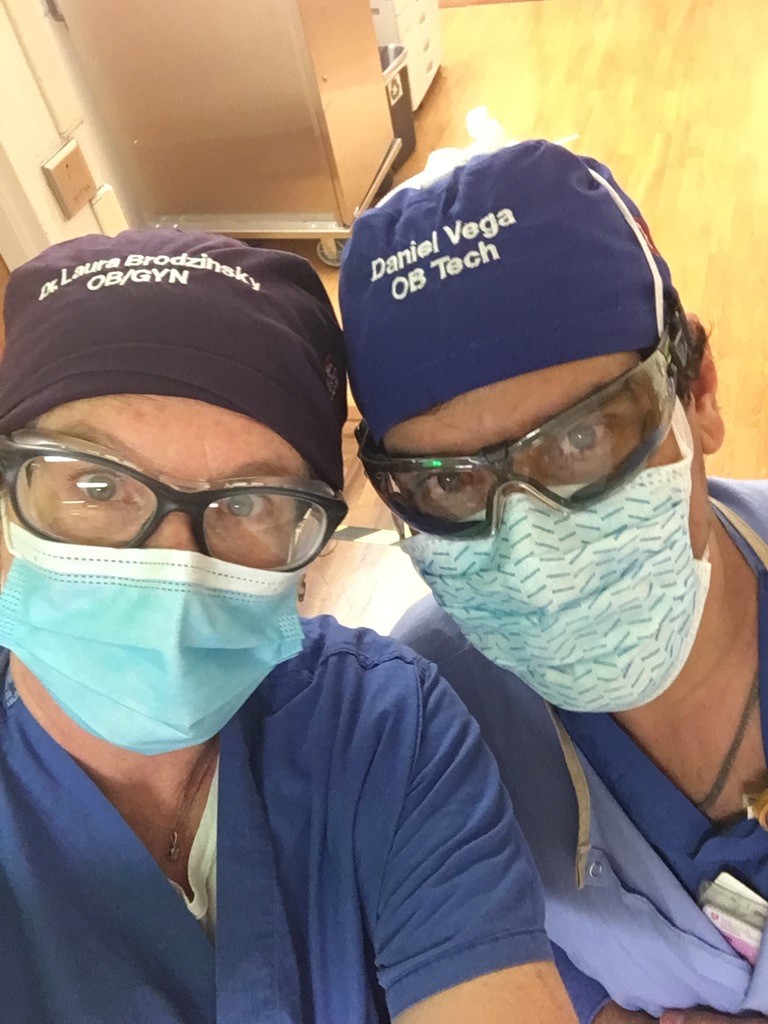 When scrubbed into surgery in the operating room (OR), everyone looks similar.

Facial features are obscured by masks and caps, and ID badges are not visible. How do you get someone’s attention if you don’t know who they are? And how does not knowing someone’s identity impact communication in the OR?

Recognizing team members by name shows respect, engenders a stronger work ethic and builds trust. Not knowing the names and roles of colleagues can:

In 2017, Rob Hackett, MD, an anesthesiologist from Sydney, Australia, promoted the idea of wearing surgical caps with the provider’s name on them to help identify personnel working in the OR. He created a Twitter hashtag #theatrecapchallenge asking for photos of people wearing labeled caps, and the idea of labeled caps became very popular. We were inspired by this idea and wanted to study how it would impact communications in our obstetric OR.

Our study, “What’s in a name? Enhancing Communications in the Operating Room with the use of Names and Roles on Surgical Caps,” in the April issue of The Joint Commission Journal on Quality and Patient Safety, sought to assess provider’s acceptance of wearing labeled caps and study the impact labeled caps had on communication in the OR. We used these metrics to assess communication:

In addition, we asked for open comments from both providers and patients about the use of labeled surgical caps. When surveyed, providers:

There also was an increase in the absolute number of times proper names were used during commands and questions, and a decrease in the number of missed communications when labeled caps were worn.

Our most striking findings were the comments written by staff participating in the study on how they felt about their experience in the OR when staff wore named caps. The comments show that wearing labeled caps helped our staff identify one another, even if they had already been introduced or knew each other. Being able to easily identify others by name made communication with team members easier; and, most importantly, staff felt that the labeled caps improved communication and patient care.

The use of surgical caps labeled with one’s name and role is a low-cost approach to improving communication in the OR.